The pumping wind turbines are designed to provide water. The need for water is such that the objective of the wind turbine pump will be slightly different from the wind turbine power generation.The windmill for pumping should be able to run on the largest possible range of wind, as the site of geographic location will no longer be selected for profitability,but from duty to produce water throughout the dry period.

there are several categories of wind pumps depending on the type of pump that they operate: 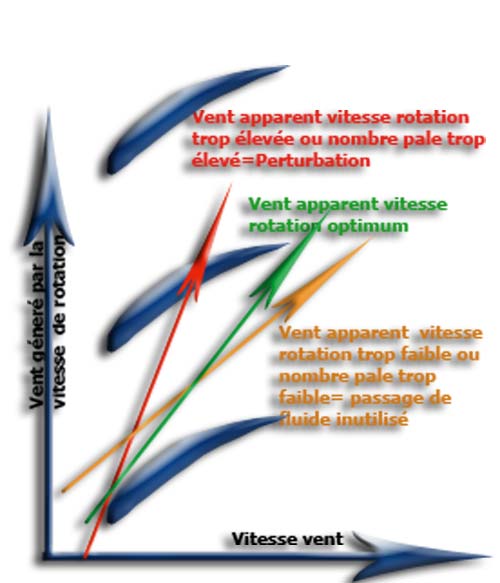 The slightest breath of air should be used, and the operating torque required to operate a piston pump is much higher than that of an electric generator. To generate torque on the propeller shaft of the wind turbine at the start, so at low speed, it will use all the energy of the wind passing through the propeller. 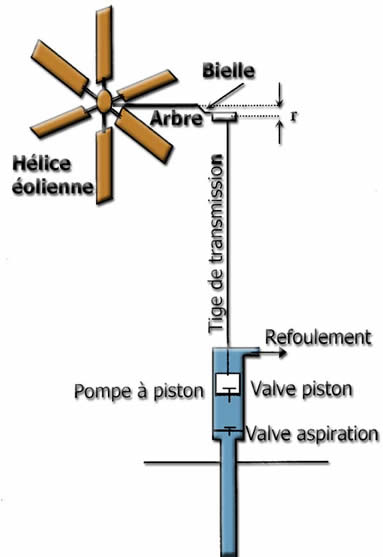 The wind turbines that the starting torque should be high, such as wind pumping actuating a piston pump or screw pump, must have a high number of blades.. 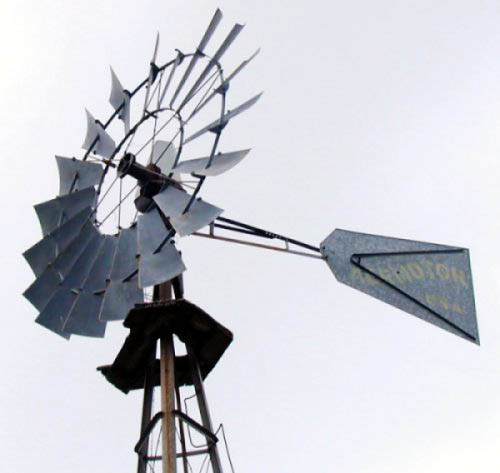 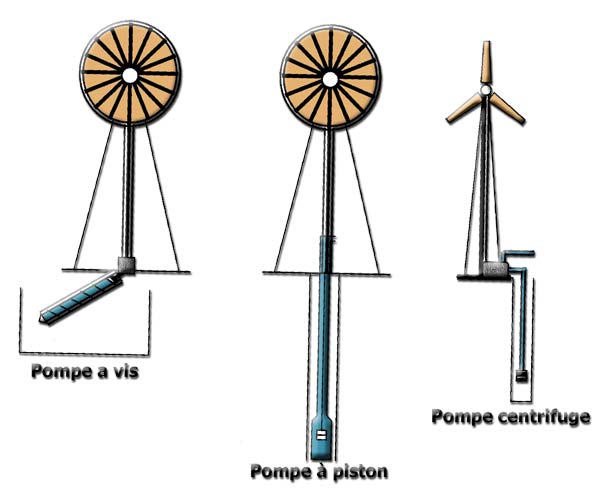 The disadvantages of wind operating a piston pump: The power of a propeller wind increases with the cube of the wind speed. To capture the wind power effectively, the wind turbine must run faster. We obtain a relation between rotational speed and power, which increases in cubic way. The piston pump is a volumetric pump, whose relationship, speed-power is almost proportional, so linear.This implies that the wind turbine and the pump will have only one zone of optimum efficiency, and as soon as the operating range is exceeded, the wind turbine will lose a lot of energy because its rotation curve-power will not be used at the best: 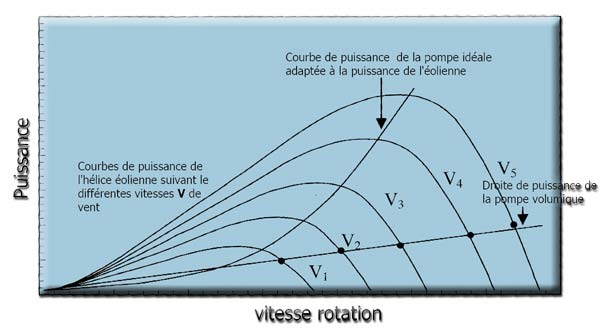 The pumping windmills operating a centrifugal pump have a lower torque operation, therefore the number of blades can be reduced 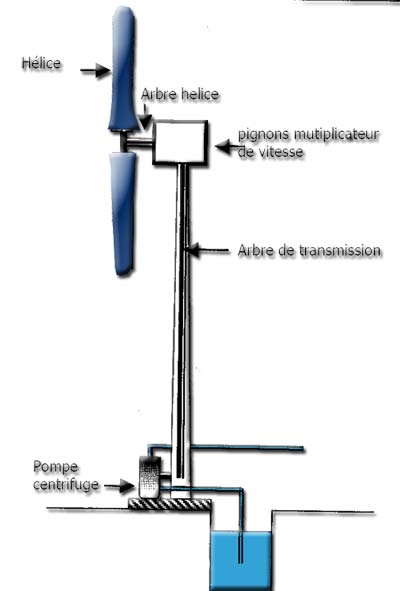 In addition, the power-speed curve of the centrifugal pump can be adapted, during construction, to match with the wind turbine: 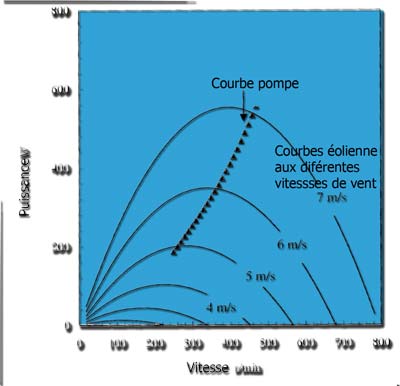 Systems of electric pumps coupled to the wind power generation is an attractive solution and has some advantages: