Root radius of wind turbine blade or propeller, corresponds to the distance between the axis of rotation of the propeller and the base of the first profile element of the blade. In other words this is where the blade begins.

Diagram showing the distribution of blade chords and thickness of the blade entered by the user in HELICIEL:

We see for example this small wind turbine blade (screen capture software HELICIEL below), the chords profiles of elements close to the blade root, are greater than the chords of the middle blade profiles. Yet in the graph of the distribution of the lift, we find that the lift elements close to the blade root is lower than the lift elements of the middle blade. This is due to the apparent speed which is lower in the blade root. And as the lift increases with the square of the apparent speed...

Note also the loss of lift due to leakage at the blade tip, yellow gold chart shows the lift regardless of losses: 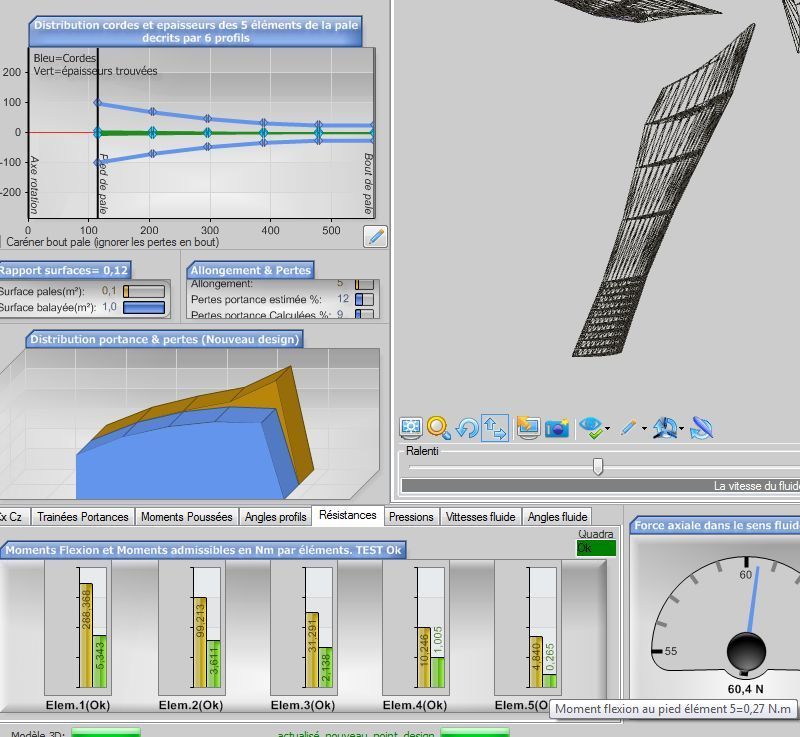 We also note, in the control chart resistance (above), the allowable deflection at the foot of the blade (yellow) is more important, because of the width of chords near the blade root. We see the calculated bending, green. Each element, combines the bending of the following items, and the bending at the foot of the blade is the total of bending moments of all other elements. Thus, even if it generates itself little bending the blade root undergoes the strongest bending moment. If we wanted the elements close to the blade root generate efficient lift, the blade should be of considerable width. The cost of the material compared to the profitability fact that we prefer to focus on the resistance and hence the thickness.

This leads manufacturers to draw profiles blade root usually close the circle without trying to bring the blade root closer to the axis. 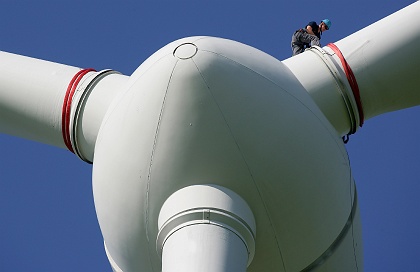 Other manufacturers refuse to lose a crumb : 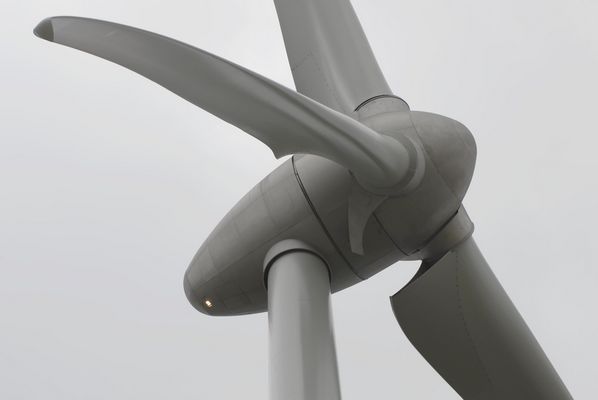 This is really nice, the price of additional amounts must be justified by superior performance and years of operation.... otherwise, if it is purely aesthetic, it's true that it's beautiful! 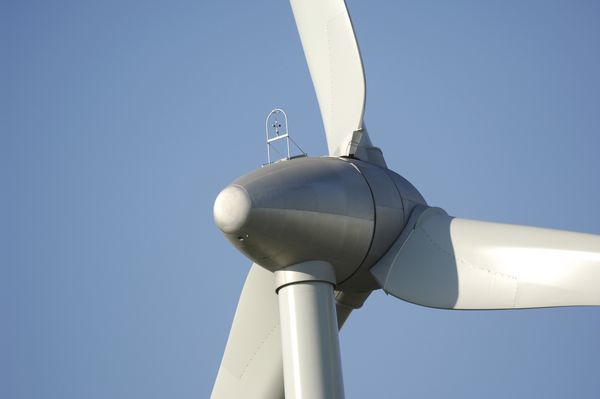 The propellers that the Wright brothers had drawn, and to which any grams of thrust was vital because of the limited power of the engine had the radius at blade root = 0 mm: 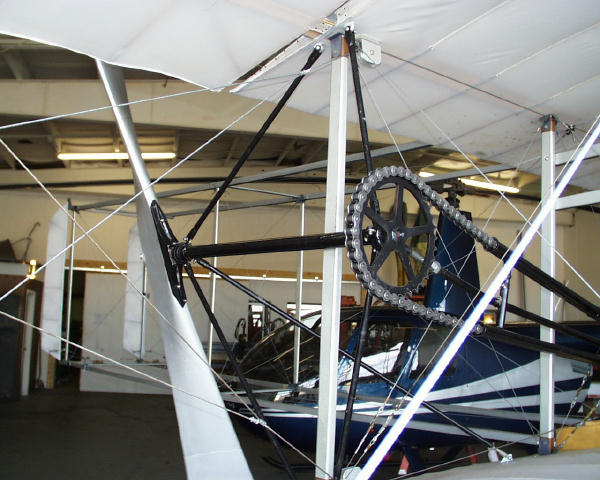 As the blade tip, the blade root, may subject to the leakage of fluid due to the pressure on the lower surface and the depression on the upper surface.

Outside the efficiency losses, generated by the blade root leakage and leakage at the blade tip, these pressure leaks may defeat the objective of the propeller, if it is to pressurize a fluid. This is the case of the propeller fan, ventilation, axial turbine pumps or jet ski. In these cases, the radius of the blade root will be highly increased, so that the pressure variation generated by the impeller is concentrated at the level of the area where the lift is the greatest (about 0.75 times the radius of the blade). Thus leakage is limited, avoiding the area of ​​low pressure change near the axis. The propeller being ducted, losses at the blade tip, become minimal.