Here is a detailed list of the 3D functions of HELICIEL

Héliciel has its own animated 3D engine lets you view your project in three dimensions and movement.

Aside from the fact that it is nice, the ergonomic interest is real. The concept of elements, of the blade or wing, and profiles is highlighted. The selection of individual blade elements, onto the 3D model of the propeller, allows the user to view the settings for each element. The design of the base profiles and tip of each selected element, Appears beside the window to bring pitch information, and angle of fluid.. 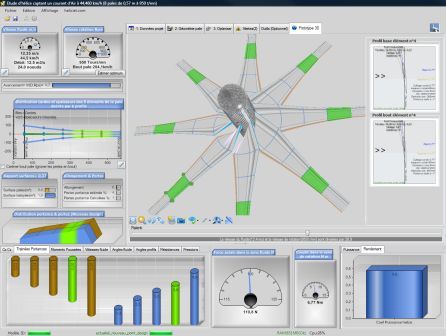 The force vectors, torque, drag, lift and resistance are visible to each element. 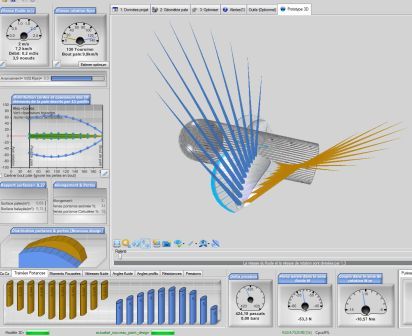 An analysis of the quality of our blade and forces which apply becomes evident. The different modes (points, wired or full) display offering a vision of profile shapes and their pitch 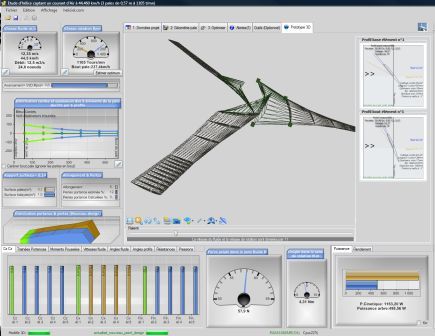 A simulation of a variable blade pitch is accessible directly from the 3D model interface: The user can select a texture of the blade which best represents the project.

Heliciel offers the export of the geometry of your blade to igs Format. Entities igs produced are 126 and 128 (spline surfaces and splines). The igs format is the most common format 3d. It is recognized by all CAD CAD systems, by stereolithography machines or other prototyping machines. Example of export IGS blade spline surface on a CAD system that can read IGS spline area: 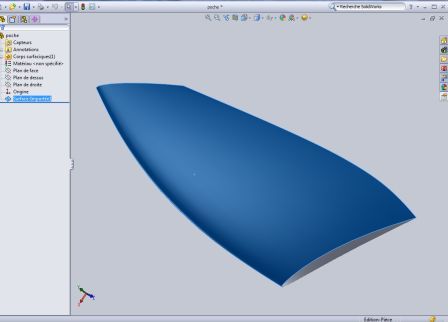 For users of SolidWorks CAD software, here is an example of creating of the blade of propeller with solidworks:

Use / file and export your blade to IGS format Open igs file with solidworks menu: 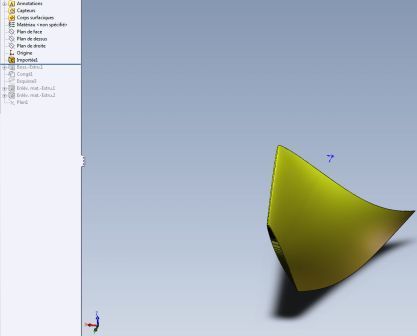 For ease of handling and assembly, displaying the origins in the parameter display solidworks

HELICIEL.com produced and directed prototype blades and uses a type of adjustable hub (patented) that we use here . To connect the blade to a hub-type "heliciel" in an assemblywe will create a cylindrical part by extruding a circle from the top plan,up to the imported form of our blade, which will serve as an interface connection between the blade and the hub: 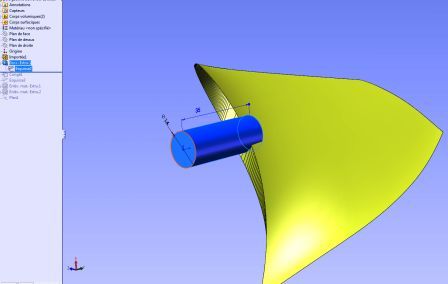 To facilitate future blade assembly, we create a sketch, comprising only a building line, coincident with the x-axis. 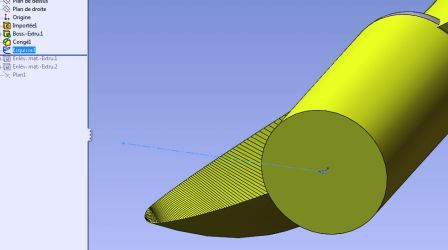 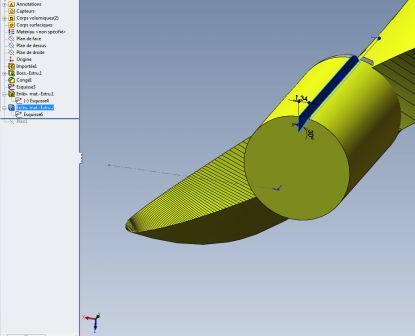 a two-part hub will sandwich the cylindrical portion of the blade housing with two holes: 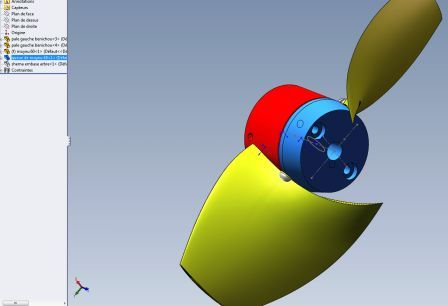 Here is an example prototype built by HELICIEL: : 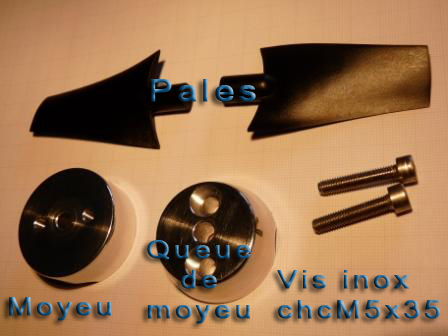 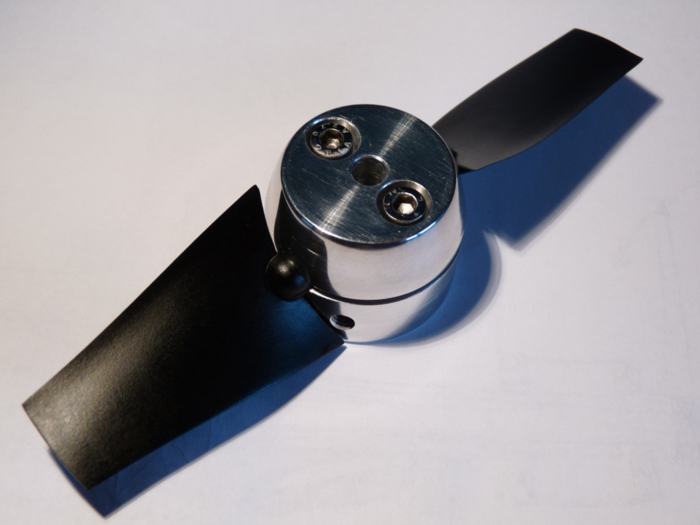 The. X is the standard 3D format DirectX.

The blade can be exported in this format from the File / Export / Format menu ".X". Player file. X is integrated héliciel and allows you to check the result of the export of your propeller or wing blade Format. X 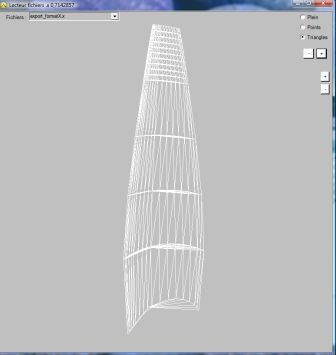