Formulation of the concept of efficiency (1): equations: 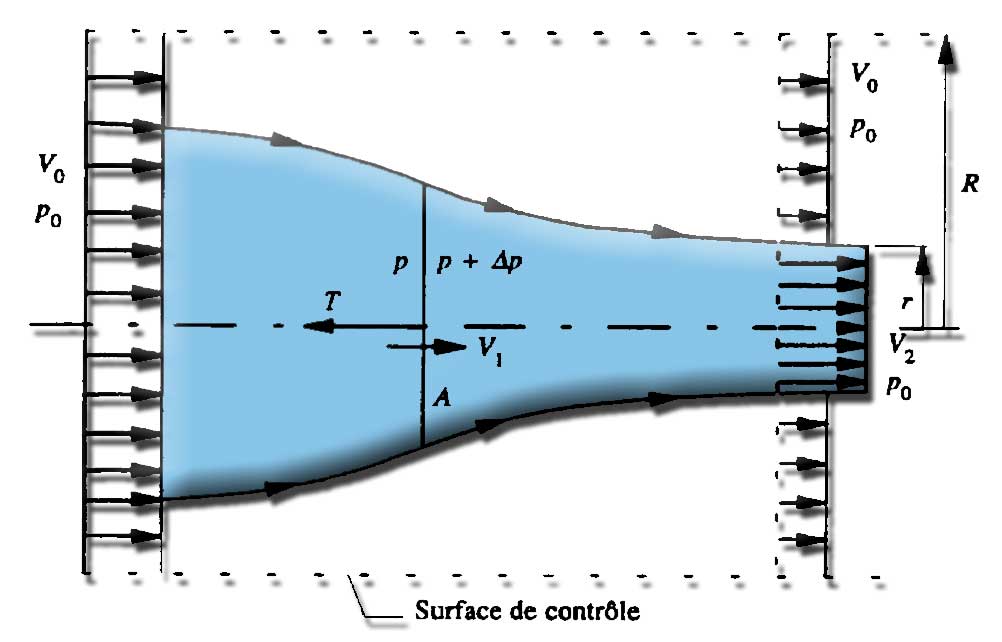 and we found that create thrust is therefore to increase the speed of a fluid mass flow :thrust=m°.(v2-v0)

The power is the product of speed and strength, fluid velocity relation upstream and thrust force gives us "some" idea of ​​the power of our propeller:

This power is the one that interests transportation because it introduces the concept of useful movement, in fact if the vehicle is to stop, attached to its mooring or brakes locked on the runway, the speed is 0 and therefore our power "useful" Pu is null. Yet our propeller rotates and generates energy so we can not say that its power is zero! So we see the clear need to measure the power of our propeller regardless of the fluid velocity upstream. This is done by calculation of the kinetic power of the fluid upstream and downstream of the propeller.The difference between the kinetic power of the downstream fluid and kinetic power upstream fluid gives us the power of the screw propeller independently of the upstream speed. It's the available power Pa of the screw propeller.

The thrust is: T =m°.(v2-v0) we note that if we want to increase the thrust we have the choice between increasing the mass flow m° or increase the difference(v2-v0).

During the construction of the screw propeller so we monitor our efficiency and to the extent possible, we try to have the largest propeller as possible.

Formulation of the concept of efficiency (2) textual description:

the screw propeller Problem datas are:

To quantify the performance (quality) of this engine, we must distinguish between two forms of power that are involved in the propulsion:

To understand the reality and the usefulness of these two powers, imagine a boat tied up at the dock, or aircraft before launching for takeoff with the brakes applied, which the propeller rotates and produces thrust: 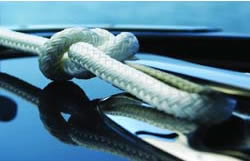 The vehicle is stationary, the velocity is zero, so the output power(useful energy) (output power=upstream speed X thrust) is zero. Yet the thrust of the propeller, and its power is real, the propeller rotates and is powered by an engine that consumes energy! It must therefore be quantified. For this, the variation of kinetic energy applied to the propeller fluid is used. Note that the energy consumed by the propeller when the vehicle is at the stop is wasted! "Good propeller" that earns money by transporting goods with a minimum of energy, it is a propeller that will give the maximum useful energy with minimum kinetic energy !

Efficiency of our propeller is defined as the ratio: output power / kinetic power.

One can thus be required to place the propellers as high as possible, so that their diameter is maximum, while allowing the takeoff and landing: The Solar Impulse project aims to take off and fly autonomously, day and night, an airplane powered only by solar energy, to make a circumnavigating the world without fuel or pollution...