In some cases, it may be useful to consider the incidence(attack angle) that we want to give to an element of the blade or wing. HELICIEL leaves the possibility for the user, to select the incidence, he wants to apply to the profiles base of the elements.

Héliciel calculates speeds induced following the performance to the selected incidence and adjusts the pitch of the profile relative to the direction of fluid velocities induced corrected.

Here for example, this three-bladed propeller turbine, has the profile of basis for its element 3 who was forced to an incidence of 48 degrees from the direction of the fluid.. 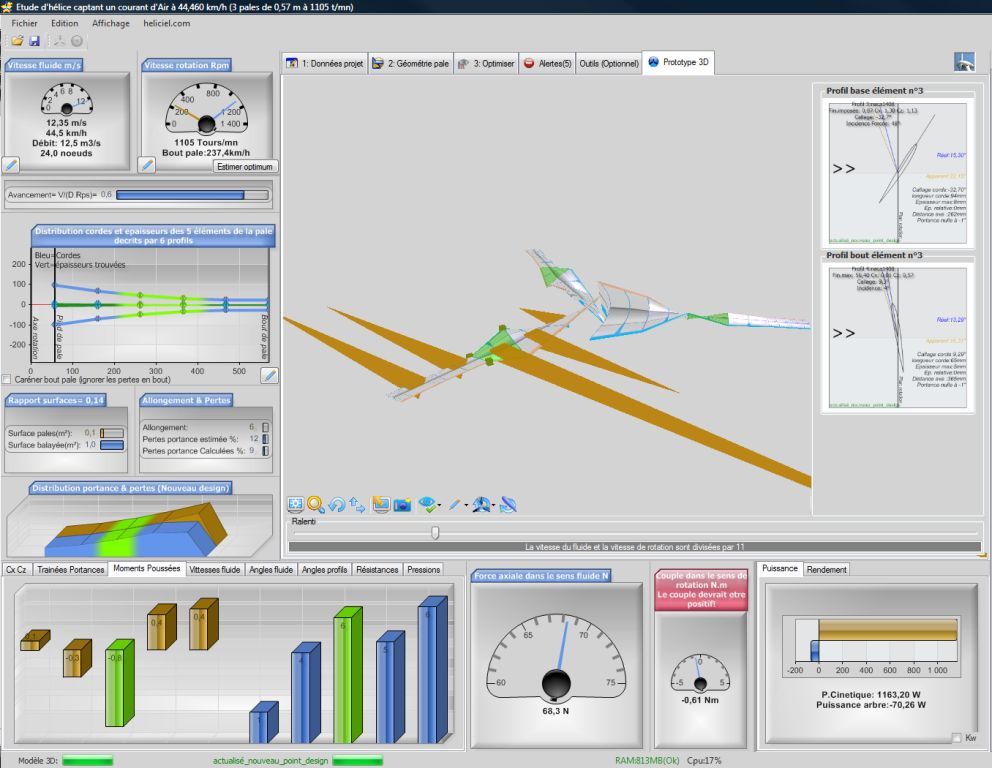 It can be seen that the torque is reversed and the torque of the propeller became negative..If the propeller rotates at 1100 revolutions per minute (as the test is done), it would suffer in this configuration, a braking torque of 0.6 newtons... This scenario is very improbable but we can see the effects of incidence forcage on performance, and its use for braking components simulating.