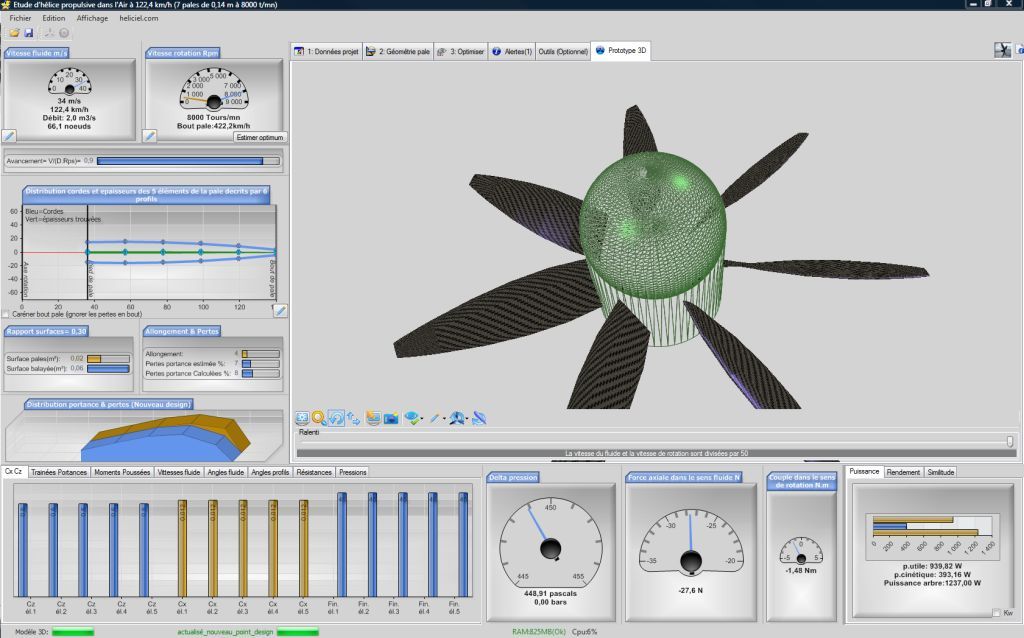 Why a more powerful engine would need more blades?

To understand this problem, it is important to understand that a propeller must be tailored to the specific needs of an engine. The job of the propeller, is to absorb the power generated by the engine and to forward it to fluid passing through the propeller disc. The energy thus transferred to the air, to accelerate it, generates a thrust on the blades of the propeller. If the propeller and engine are not well matched in terms of engine power, the system loses efficiency and performance declines. When the engine power increases, the designer has a limited number of options for the design of a propeller able to efficiently absorb a greater power:

Unfortunately, many of these options, create more problems than they solve and are generally impractical for various reasons: we still have the last two options, the increase of the chord or the number of blades. Both have the effect of increasing the solidity of the propeller. Solidity, simply compares the propeller disk area occupied by solid components (blades), with the open area of air flow. The increased solidity of a propeller can transfer more power to the fluid. While increasing the chord is the simplestbecause the area length ratio (aspect ratio) decreases and losses blade tip increases by lowering performance. Thus, increasing the number of blades is the most attractive approach. As the engine power has increased over the years, aircraft designers have increasingly added blades. Once they ran out of space on the propeller hub, designers have adopted the propeller contrarotative. they also won in performance, with the ability to retrieve the losses caused by the rotation of the fluid as it passes in the first propeller.

largely and freely based on an article by Jeff Scott, 12 August 2001