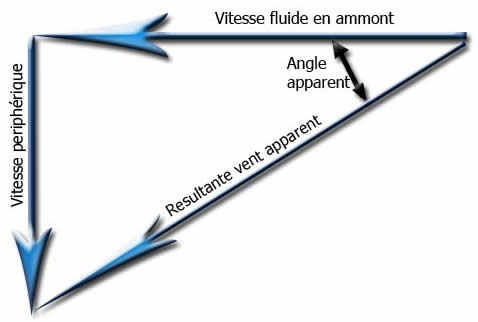 apparent angle thus varies with the rotational speed, and the fluid velocity. The speed of rotation and the speed of fluid produce the operating point of our propeller..

The peripheral speed in m / sec at a point on the blade, is equal to the perimeter of the circle on which the point is observedmultiplied by the number of revolutions / second. If you look at the blade by Elements, we find that for a same rotation speed (rev / sec),the linear velocity (m / seconds) of an element at the blade tip, is much higher than the speed of a portion close to the axis.The blade sections are generally shaped airfoils. The blade sections are profiles, and the portion between two profiles, are the elements of the blade. 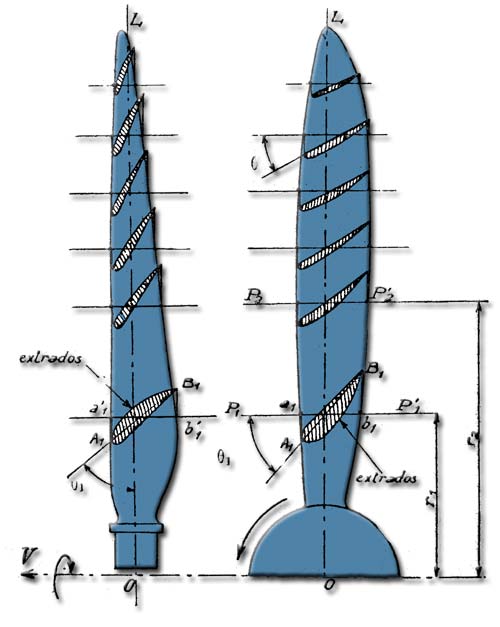 The speed in m / sec of a blade tip profile is different from the profiles close to the axis. Compound flow varies in angle and speed according to the distance from the axis of the propeller.In order for the angle of incidence profiles always correspond to the optimum, it is necessary to vary the pitch (angle between the plane of rotation and the chord) du profile with the direction of the relative flow. This is the twisting of the blade. 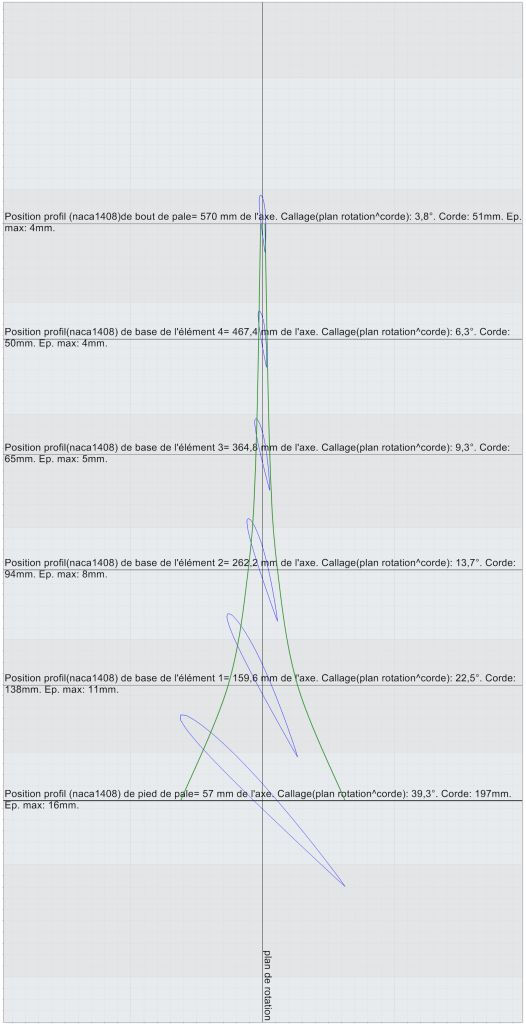