The axial pumps, propeller or helicoid, are pumps designed to generate a high flow rate and low pressure variation. They are mainly used in irrigation. The propeller axial pump is comparable to the boat ducted propeller. the operating point of the propeller pump will be determined by the desired flow rate. This is not the thrust will be sought but the pressure variation.The propeller will be performed to ensure that at the desired rate, it generates the pressure difference equal to the head loss of the duct where the fluid flows.

Jet pumps used as thruster for submarines, jet ski or adapted on outboards are from this category. The diameter of the propeller is sometimes limited by the "draft boat" or by limiting the speed of the blade tip speed (cavitation).When you want to make a strong push with a small propeller there is the problem of pressure leakage at the tip of the blade but also the blade roots.. 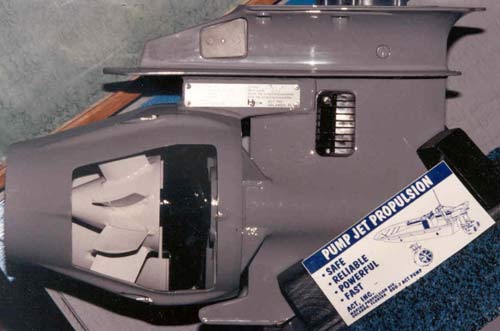 Which gives ducted propellers with blade roots around 0.5 times the radius. Ducted Propeller efficiency of boats is good at low speed.but for a jet ski leisure, one submarine to accelerate sharply if necessary, an outboard low draft, or an integrated waterjet to the hull, it's not the efficiency that is sought, but the ability to create a strong push with a small propeller.The high blade lift also involves an important tangential induced velocity (rotation of the fluid). Rotating the fluid does not generate thrust and represents a loss of energy. A system recovery fuide at the back of the propeller, or pre-orientation of the fluid inlet before the propeller can be integrated as fixed blades guidelines.. 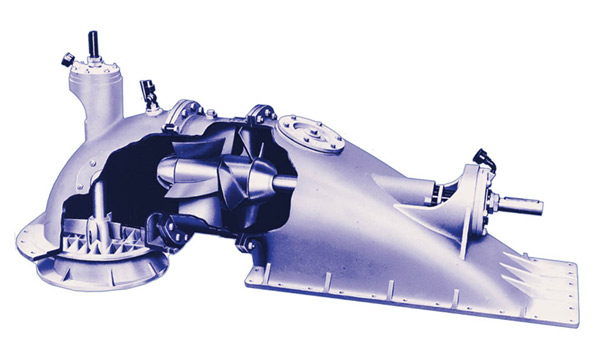