Here we will make a (very) fast enumeration, of course incomplete, different technical developments in boat propellers, between 1750 and 1900, to become aware of what has been done by our fathers.... before seeing ways of screw propeller propulsion , currently used on boats.

In 1752 the Academy of Sciences of Paris offered a range of prices that brought a significant contribution in the shipbuilding .Bernoulli, Euler, D'Alembert worked on the problem. Bernoulli proposed a screw propeller which won a prize and who looked like this: 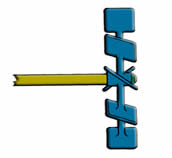 30 years later, Bramah offers a system with a screw propeller shaft located below the waterline as this:

In 1802 Shorter offers a propeller that could propel sailboats when great calm .The shaft propeller remaining above the waterline no waterproofing was necessary. This ship screw propeller was intended to be manipulated by men using a capstan. 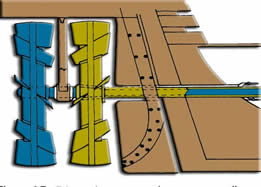 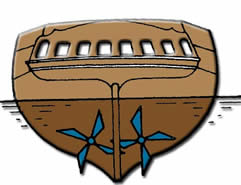 1849 Griffith draws a self-propeller (variable pitch) which could set flag: 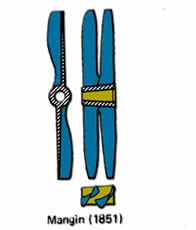 In 1860, Hirsh filed a patent on a ship screw propeller possessing a ditribution of twisting, but also distribution of the radial positioning angle of the profiles:: 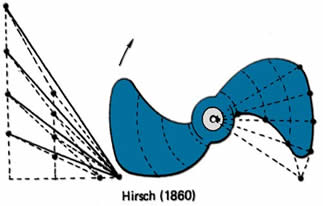 Griffith in 1871 resumed the idea of Mangin separate the blade in two, but only a portion of the blade of the screw propeller: 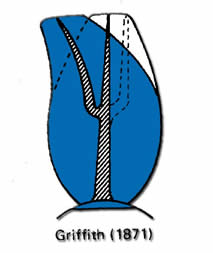 Zeise in 1886, continued the development of the distribution of the pitch, increasing the pitch of the elements near the blade root, in order to increase the efficiency of the propeller area. 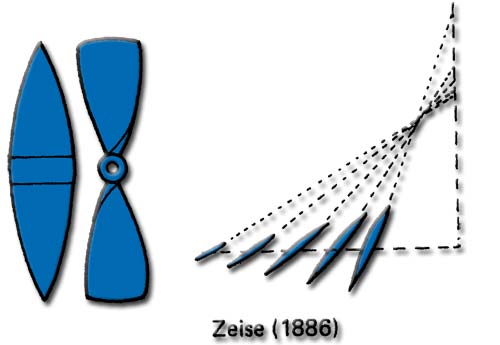 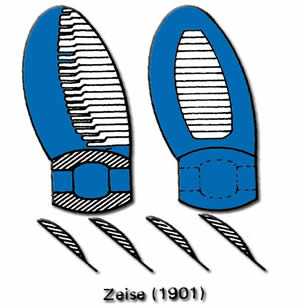 In 1907 Taylor injects air on the upper surface of the blade of the screw propeller to reduce cavitation: 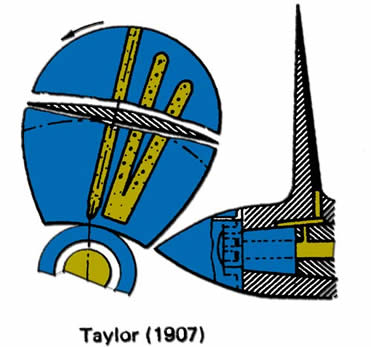