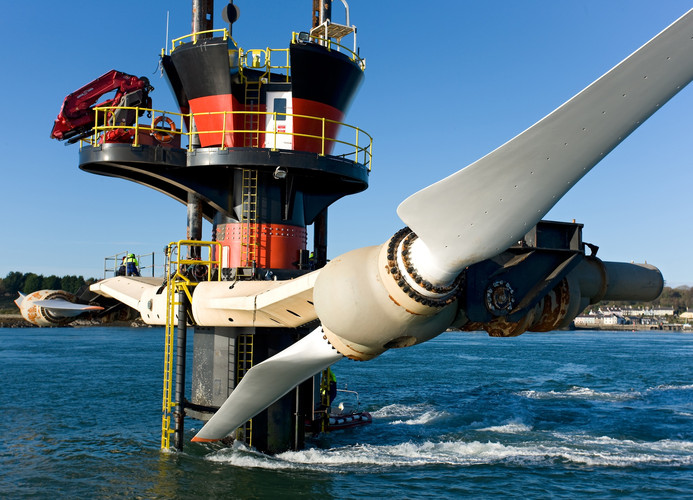 see the 3D model of the tidal turbine The term "operating point" and "point design" should be differentiated:: 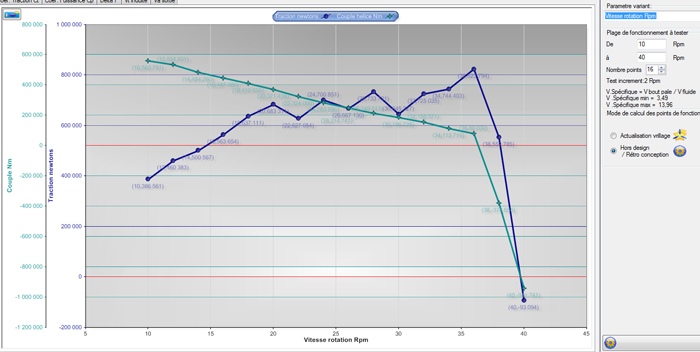 This allows us to distinguish three types of cavitation (see cavitation). The cavitation threshold is marked by a red line : 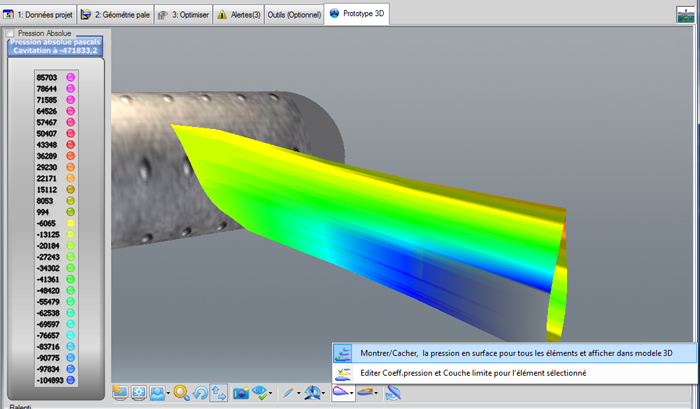 This is the end of this little tutorial software modeling and calculation heliciel on the rotor design of the tidal turbines, which should put you on the right track to create tidal turbines or recovery of energy on board ships, for example. .......